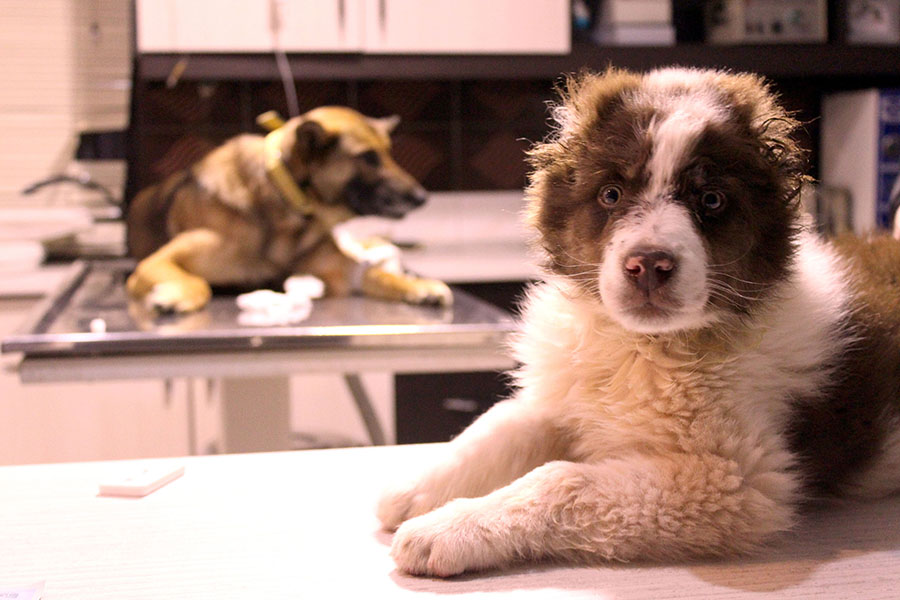 Keeping pets such as dogs or cats in Iran is challenged by various religious and traditional beliefs, and municipalities collect and kill urban dogs in an organized way.
In the last decade, keeping special pets such as snakes, tarantulas, alligators, monkeys, and even scorpions has become very common in Iranian houses. Unlike domestic pets such as dogs, these animals do not need to go outside the house and they are kept in the closed apartment spaces. Due to the increasing demand for buying various pets, a large underground network has been created to buy and sell animals, and keeping pets has become a strong culture and economy in Iran.
“Iranian Pet Club” provides a surprising insight into Iranian society and reveals that the affection for animals is something deeply human. Hadi Afarideh's documentary film is a tribute to pets and their owners who slowly continue their triumph against strict laws and religious beliefs of purity.

The way individuals in every society treat the animals indicates the growth of culture and social understanding in that society.
Sadly, animals do not have a good living condition in Iran today, and they are subject to torture and harm, beating, keeping in captivity, mutilation, sexual harassment, unlicensed scientific experiments, training for performance, in various ways and with various excuses.
By portraying a small glimpse on the animals’ living condition in Iran, the documentary Iranian Pet Club tries to attract attention to the way the animals live at the domestic and international levels.
The general approach of Iranian Pet Club is to record the reality that is present in today’s Iranian culture and society, and by depicting those conditions, I try to change the living condition of the animals and society’s general culture and also the way the government deals with animals.
The draft of the bill to ban hurting animals in Iran has been compiled many years ago by the animals’ supporters and has been sent by Iran Ministry of Justice to Iran Islamic Consultative Assembly to be passed as a law but the parliament has not taken any action whatsoever to protect the animals in Iran yet.

Hadi Afarideh was born in Tehran, Iran in 1984. He started his art career in theatre in 1998 and in cinema in 2001 in Iranian Youth Cinema Society where he graduated with high grades. He was chosen the best documentary filmmaker in the first specialised workshops of documentary filmmaking in Iran by Documentary and Experimental Film Centre and Iranian Documentary Filmmakers Association in 2006.

Hadi Afarideh has participated in more than 140 Iranian and international festivals and won various awards for the directing, writing, and research of his three short films: Orange, Whistle, Father, and 19 documentaries Baghchehban Children, Under Pine Trees, Ceremony at Dawn, Gordafarid Story, Memory of Nei Avaran, Pale Childhood, Nozood, Veteran Rider, Nowruz Melody, Soorat Khani, Plain Grove, Offer, Nowruz Tehran Time, Lost Orchards, Paradises of Imagination, In Tehran Style, Ofus, Oblivion Migration.
Some of the documentaries made by Afarideh have been screened in renowned universities such as UCLA, Dutch Anthropology Society, and international television channels such as the BBC.
At present, he is teaching cinema direction and holding documentary filmmaking classes in Iranian Youth Cinema Society and Iranian Contemporary Arts Academy and he organises documentary filmmaking workshops.