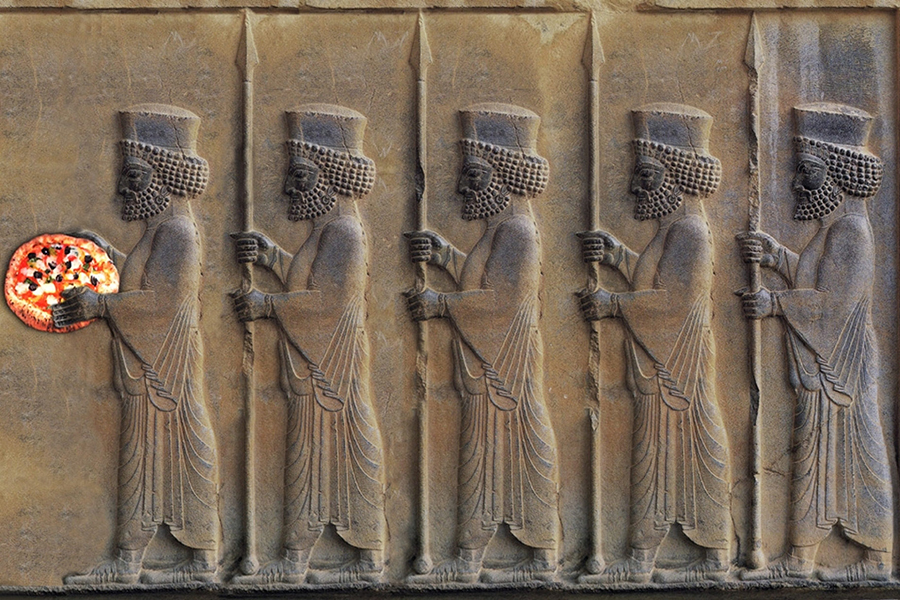 They still prefer sheep's head, a group of elderly men say. But the struggle seems lost: it would seem as if pizza is here to stay. These days, young people are meeting up in pizzerias rather than kebab joints or traditional Iranian restaurants. For lack of clubs, the pizzeria is also the preeminent place to get a whiff of the much-desired Western freedom and looseness.
This light-hearted, amusing, fast-paced documentary about eating habits in modern Tehran offers a kaleidoscopic view of Iranian society. We see young people, old people, progressive and conservative Iranians who all reveal their identity by telling us what they think of Italian fast food in the capital. A young man claims that eating pizza is bad, a sign of a decadent lifestyle. For relaxation, he goes to the cemetery to pray for the martyrs, and every other year, he gets an injection to suppress his urges and desires. His favourite dish: sheep's head. The film introduces another young man, a fan of the American actor Marlon Brando, who opened a pizzeria and called it Godfather. Meanwhile, the authorities have changed the name to Aladdin.